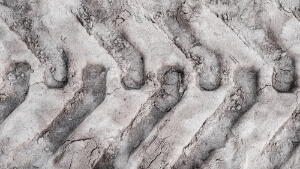 As one of the most exciting sports on two wheels, motocross continues to capture new fans with every passing generation. From the jumps and thrills to the speed of the competition of coming in first place, there is plenty to love about this sport. While you may be a fan of the sport, there are a few interesting points in the history of motocross most fans don't know. Let's take a look at the turning points in the history of motocross for a deeper knowledge of this fan favorite.

When looking at the history of motocross, the origins can be found in the early 1900s when motorcycle companies tested their motorcycles in races on various self-made courses. Manufacturers of early motorcycles wanted to test out the speed, agility, and maneuverability of their models so they would create makeshift course to test them out. These test tracks featured many of the same elements as today's motocross such as hill climbs and endurance test areas.

The British invented what they called the Scott Trail. This was a challenging trail meant to test a rider's endurance over a long journey. Designed by Alfred Angus Scott, a Yorkshire engineer and namesake behind Scott motorcycles, the Scott Trail was a tough course laid out over rugged terrain. Many riders would quit before finishing the race because it was so intense. The multiple winners were judged based on their mistakes in navigating the trail as well as their speed in finishing the race.

The first actual known motocross race was held at Camberley in Surrey. This 1924 event was called the Scramble and was the first official race where a sole winner would be crowned out of all the competitors based on their speed in completing the course. When you think of this early race, it wasn't the same as what motocross is today. In fact, the motorcycles were basically still small frames similar to bicycles with small internal combustion engines mounted to the frame. This event actually came about because the Southern Englishmen took offense to the Yorkshire riders claiming they were the tougher riders. A motorcycle club in Camberley challenged the Scott Trail riding men to a race where they would test their skills, and this was known as the first motocross race. The original scoring of the Scott Trail was replaced by only scoring on speed alone as riders raced over a 2.5 mile course. This would become the basis for motocross scoring still today.

The race that started in 1924 would continue to grow as it became an annual occurrence. Riders would travel from all over England and eventually the rest of Europe just to compete in this course. It wasn't until 1947 that motocross racing went international and expanded outside of Europe into other countries. It didn't find its way to America until 1960 but this would help grow the competition even further.

There were other factors responsible for growing this sport during the decades from the 1940s to the 1970s. The first was that the race was spreading to new countries and attracting riders from all over the world instead of just European riders. The race was becoming an international way for riders to test their skills and sponsors were even popping up to help riders with the costs of competing.

The second reason was that there were more manufacturers creating motorcycles than ever before and new technology was constantly being created. The bikes were no longer simple frames with an engine mounted to them, but rather powerful bikes made for speed and agility. In fact, in 1952 when the European Championship series was created, the bikes were using 500cc engines and by 1962 a separate division would be established for 250cc bikes.

The third factor driving on the sport of motocross was that it was becoming a spectator sport. By the 1960s, the sport had garnered enough of a reputation that spectators would come from all over the world with the family to watch a day of racing by the track. In 1972, the first stadium motocross event took place in Los Angeles which only served to further expand the fan following of this fast paced sport. Whereas before the race could only take place out in the middle of nowhere on a dirt track, it could now come straight to major cities by way of stadiums which would help grow the sport even more.

When looking at the more modern history of motocross, there is no denying Japanese manufacturers played an important role in the 1970s and beyond. Japanese manufacturers were creating some of the fastest and more agile bikes on the market at the time. For example, Japan introduced the first water cooled bikes with monoshock rear suspension which would be a game changer for a motocross rider looking for more power and control. From there, more and more bikes were introduced specifically for the purposes of racing in motocross events.

Today, even the races for motocross have become more diverse much like the bikes themselves. In fact, there are race classifications today such as Super Cross, Freestyle, Big Air, and Super Moto, all of which test different skill sets of riders. The courses have also changed over the years in order to test all these different skills so where one course may focus on big jumps, another course may focus on tighter turns, and the track layout will reflect the skills being tested. Motocross today remains one of the fastest growing sports on the scene with no signs of slowing down any time soon.