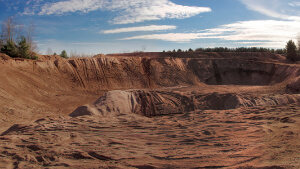 When it comes to taking fun to the extreme, few sports offer the adrenaline and speed of motocross dirt bike riding. This type of riding is a competitive endeavor where you can showcase your riding prowess over a course made to offer up plenty of challenges along the way. While courses can be set up in any number of ways, there are certain shared elements of all motocross track layouts. Let’s take a look at the most common motocross track layouts to help you get more familiar with the sport.

It is important to note that these are just the main components which make up a track. A track layout can have only a few of these or all of them, but it will depend on the size and setup of the track itself. When training for competitive rides in this sport, the key is to be able to effectively ride through all of these elements in practice so you aren’t thrown off your riding game on the course if you encounter something different from other motocross track layouts. It’s important to train for all the possible setups of a course in order to have a successful ride.