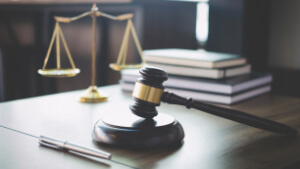 A dirt bike is a lot of fun when you want to test your riding skill and nerves. Made for top speeds and performing tricks, these bikes are anything but ordinary. While they are great for fun and adrenaline, it doesn't mean they are free from laws and regulations just like any other motorcycle. When it comes to state laws and requirements for dirt bikes, most people have a lot of questions. Let's take a closer look at the most common questions people have regarding this so you can be prepared before you ride.

Before you go for a ride for the first time as a proud dirt bike owner, or if you are riding in a state outside of your home state for the first time, you should check the state laws and requirements for dirt bikes. While some laws are universal across all states, other laws and requirements vary from state to state. It is important to make sure you know all the rules, laws, and regulations for the state you are riding in prior to even turning on the bike to avoid any issues.

What is the required age of operation?

When looking at state laws and requirements for dirt bikes, this is a crucial question. This will inevitably vary from state to state, but there are some states where riders can be on a dirt bike as young as 3 or 4 years old by starting on child-sized electric dirt bikes with adult supervision. The key is the adult supervision. It is also worth noting that the bike itself matters. You would never let a child that young ride a bike intended for an adult. Most children's bikes are either electric for younger riders or a gas powered 50cc as the child gets older. It is important to check with your state before you start training your child on a dirt bike to make sure the age restrictions aren't being violated.

Do you need a license?

Another common question when it comes to dirt bike riding is whether or not a rider needs a license. In most states, there is no need for an official driver's license or motorcycle license since the bike is for off-roading purposes, but you should still check with your individual state to be on the safe side. There may also be restrictions based on the engine of the bike which may change its classification from dirt to dual i.e. dirt and street bike so you should keep this in mind as well.

Aside from the license, the other big area of concern for most people is the insurance aspect. Again, this is a matter which will vary from state to state so check with the state you ride in when you buy a dirt bike. There are a few things to keep in mind about this component. For starters, insurance may be required on certain classes of dirt bike such as dual which have the ability to go on paved roads similar to a traditional motorcycle. You may also need insurance based on the age of the rider depending on your state. Finally, even if you aren't required by law to have insurance for a dirt bike in your state, you may still want it since it can help recoup costs in an accident and provide extra financial protection.

Can you ride dirt bikes on the street?

When it comes to state laws and requirements for dirt bikes, this is one of the more often misunderstood concerns because it is such a complicated issue. While the general consensus in most states is that you can't ride a dirt bike on the road under any circumstances, what constitutes as a dirt bike is under interpretation of the law in each state. There are also states where a dirt bike can be modified to meet the basic requirements classifying them as street-ready motorcycles, but that in and of itself is a time-consuming endeavor which doesn't always play out in your favor. The general rule is no dirt bikes on the roadways, but just like any other rule, check with the state based on your bike type.

Are you required by law to wear a helmet?

Again, this will be a state by state decision so you should check with the state you are riding in on helmet laws. Some states make helmets mandatory for all riders while other states do not have any helmet requirements at all. There are also states where helmets are required for riders under a certain age. It is important to keep in mind that even if the state law doesn't require you to wear helmets, many trails may still require a helmet to ride, and competitions will definitely require a helmet as part of the rules. Whether it is a law or not in your state, a helmet is still worth it since it protects you from head injuries in the case of a collision. It only takes one bad accident to end your life so a helmet is just common sense and well worth the investment.

Are there sound restrictions in my riding area?

Finally, a big concern with dirt bikes is the noise level. Dirt bikes are not known for being quiet. This is part of why you can't ride them on streets through the neighborhood because they are so loud that all the neighbors would be pretty mad. Many local ordinances are in place to keep noise pollution at a minimum in certain areas and this applies to dirt bikes. Some areas outlaw dirt bikes altogether while other areas require a silencer, such as a spark arrestor, to help reduce noise so check before you ride.